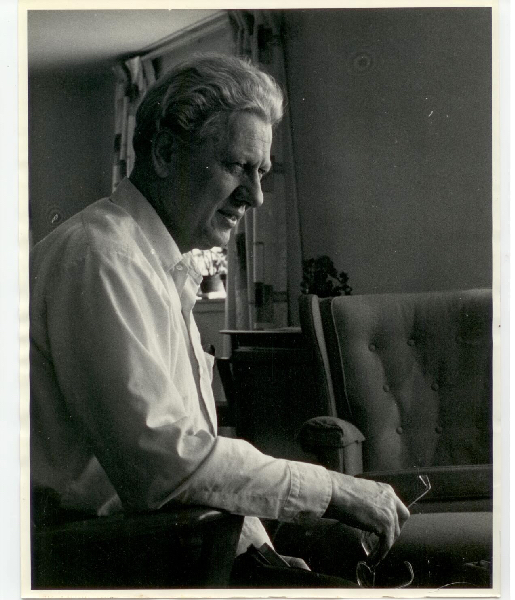 I first met Bob Reinert in 1954 at New England Music Camp in Maine. He had just completed his first year teaching in the Crane School of Music at Potsdam State Teachers College (now SUNY at Potsdam) and was in his first summer in residence at the camp, a relationship that was to last for more three decades; I was an aspiring teen-age double bass student who was only vaguely aware of the bassoon’s existence. All that was about to change. I spent a good deal of that summer perched on my bass stool in the student orchestra, transfixed by that incredible sound coming from the bassoon section. The next summer, I came back with a bassoon and started studying with him. The double bass quickly became a secondary interest for me; and my life, for better and for worse, was never quite the same thereafter.

I soon learned that Bob Reinert’s speaking voice, his singing voice, and his playing voice were all one in the same. He could pick up a student-quality saxophone or clarinet and get that same remarkable sound that he produced on his beloved old Heckel bassoon: dark, warm, rich, resonant, and above all seemingly effortless. For the next twenty years, I avidly pursued bassoon playing as a career, in the process studying with several other noted symphony musicians while in college and graduate school, but Reinert always remained my model and ideal as a player and as a musician.

More than perhaps anyone else I ever met, Reinert taught by example rather than by fiat. He generously shared his time and knowledge with each of his many students. His approach to music-making was, for want of a better term, an holistic one, a way of thinking and feeling about music as well as performing. He sang, he played, and one learned more by a process of osmosis than by structure. Virtually every student who came into contact with him wanted desparately to emulate his remarkable sound and style of playing. Yet I think it safe to say that none of those who attempted to reproduce his unique sound came even remotely close, even after a lifetime of tinkering with reeds, bocals, instruments, and playing techniques.

After completing my doctoral studies in the early 1970s, I decided to devote myself to working with and performing on historical wind instruments, all of which were even more recalcitrant and unstable than the modern bassoon. I gradually learned that Reinert’s approach to singing and playing could be applied equally profitably to a wide variety of other instruments as well. I came to understand that his techniques were in fact universal ones and quite likely authentically historical ones as well, although he himself had little interest in historical instruments and performance practices. In more recent years, I was finally able to explain to him what he did from an acoustical standpoint while playing and singing, although how he did it still continues to elude me to this day.

In recent decades, Bob and his dear wife Peg would visit Julie and me in Brookline and later in Plymouth each summer, until his gradually declining health made these annual trips north from his retirement home in Florida no longer possible after 2003. Our decades-long dialog would continue before he even got out of the car and was still going on as he drove away days later. We would talk not just about bassoons and bassoon playing, but about the musical world in general, as well as our mutual passions in audio equipment, automobiles, food and wine, and every other conceivable topic under the sun.

Bob Reinert was my teacher, mentor, friend, father figure, and the major influence on my musical career. Perhaps more than anything else, he was an abiding presence in my life for over half a century. Those of us who studied with him and loved him would dearly like to believe that he founded a school of bassoon playing and created a dynasty of successors to carry on his philosophy and techniques. Yet all of his students turned out to be very different kinds of players and musicians. The elusive ideal that he embodied could be pursued but unfortunately never attained. The real truth is that Charles Robert Reinert was a singular individual and a unique musical talent, one that could not be replicated. And now he belongs to the ages. All the rest is silence.

A memorial celebration of the life of Charles Robert Reinert was held in Helen Hosmer Hall at the Crane School of Music, SUNY at Potsdam, on Friday, September 21st, 2007 at 1:00 P.M. A reception for his family, friends, and students followed.