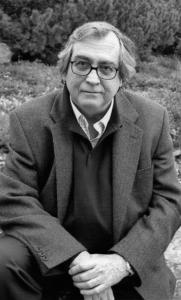 Yet another good friend of mine from grad school, Joseph Payne needs no introduction to early music fans. He achieved considerable international fame as an organist and harpsichordist through his more than 100 CD recordings. A Boston music critic once rightly observed that Joseph Payne had recorded more keyboard music than most people have ever heard. His repertoire spanned the entire gamut of keyboard music from the 15th to the 20th centuries, but his particular field of interest was the earlier part of that repertoire which had been very little performed or recorded until he did so.

Joe was very much a citizen of the world from his earliest years. He was born in Mongolia to missionary parents – his father was British and his mother was Swiss-German. He and his parents were imprisoned in a Japanese internment camp during World War II. The family later lived for a period in England and then still later in Switzerland, finally settling in the United States in Connecticut, where his father was pastor of a Hartford area church.

Undoubtedly due to his family background and frequent relocations as a child, Joe had a flair for speaking several European languages which served him in very good stead for his later recording and recital tours; nevertheless, I always found him quintessentially American. He was very serious and soft-spoken, yet had a keen intellect and profound musical ability beneath his seemingly self-effacing exterior. To his credit, however, he never suffered fools gladly. He served as organist and choir director at two Boston area Episcopal churches in the 1970s and 1980s, but eventually tired of the internal politics and after 1990 devoted himself solely to playing recitals and making recordings.

I first met Joe in 1970, some fifty years ago, where we were both doctoral students at Boston University. At that time, Joe had already achieved considerable national recognition for his pioneering Vox label recording in 1964 of music from the Fitzwilliam Virginal Book. He had recorded three LP sides on harpsichord and another three sides on the then-new C. B. Fisk organ at King's Chapel, Boston, making the then-radical point that not all of this repertoire was intended for plectrum instruments.

Fast forward twenty years: in 1990, I had imported from the Hofbauer workshop in Germany a small (2 manuals and pedal, 15 stops) pipe organ. In collaboration with Bob Waters, a former student of mine from Kansas who had emigrated to New England and established himself as an organ builder and repairman, we first installed the instrument in a hotel room for that year's AGO convention, where it was played by hundreds of attendees. At the close of the convention, we reinstalled the instrument at an Episcopal church in Brookline, just a few blocks from my home. It was played by my good friend Barbara Ives, the church's assistant organist and not just coincidentally an ASW employee, to accompany church services for the remainder of the summer, and I also organized a concert series of eight Sunday evening recitals by local area organists to be performed on the Hofbauer instrument.

I called up Joe Payne, recently retired from All Saints Church in Ashmont, and invited him to give one of those recitals, fully expecting that he would probably be off in the hinterlands on yet another concert tour or else too busy making on-location recordings in Europe. Much to my surprise, Joe insisted on making room in his busy recital schedule to perform on our modest little instrument. Upon seeing the organ, he marveled that it was "very complete", meaning that for its modest size it had a well-chosen, flexible disposition suitable for a wide variety of earlier organ music. He played an hour-long recital on our instrument, demonstrating its capabilities for a representative selection of 16th, 17th, and 18th century music. He refused to accept payment for his performance. As was always the case with Joe, it was all about the music and the instrument.

The last time I saw Joe in person was in 2001 at the Boston Early Music Festival, where I was exhibiting recorders with Andreas Küng. In a chance meeting in front of Emmanuel Church on Newbury Street, where Joe had previously served as organist and choirmaster, with German-speaking Andreas, his French-speaking concert partner Joseph Grau, Joe Payne, and myself, the four of us had a lively and cordial trilingual conversation. Sadly, Joe suffered a stroke shortly thereafter which curtailed his recital and recording activities. He and his wife retired to Maine, where he passed away in 2008. I attended his memorial service, which was held at Emmanuel Church where coincidentally we had last met some seven years earlier. His presence in the musical world is very much missed, but we are indeed fortunate to have his extensive legacy of recordings by which to remember his transcendent artistry.