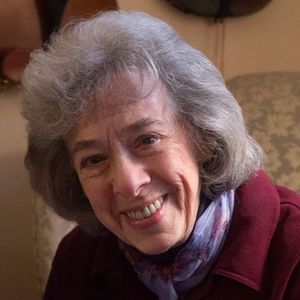 Another fellow student from graduate school who became a lifelong friend and esteemed colleague was Mimi Bravar. She was a native of Binghamton, NY, and a graduate of the Juilliard School of Music, where she excelled as a performer on both viola and piano. One of her first jobs out of school was as a member of the viola section of the Buffalo Philharmonic. She was also the orchestra's resident keyboard player, so they got two players for the price of one. She sat in the last stand of the viola section, so that she could take just a few steps to the piano or celeste whenever her services were needed in that capacity. In one of those interesting coincidences that show how small the professional musical world really is, her "boss" in the Buffalo orchestra, her section's long time principal violist, was Julie's great-uncle, so Mimi and I realized many years later that we had a family connection as well.

Mimi and I shared a number of classes and performances as fellow graduate students, but one of them still stands out in memory as one in which I was an unwitting participant. One morning I walked into the office of my department chairman, Murray Lefkowitz, to consultant with him on some matter or other, and he had that mischievous little twinkle in his eye that signaled he was up to something. He asked me if I would be willing to perform a Brandenburg Concerto, one rehearsal and one performance, the following month. Of course, I said yes and asked him to give me the dates. On my way out the door, I thought to ask him whether we were playing the Second or Fourth Brandenburg, the only two with recorder parts. He gave me that famous smile and said "the Sixth". I said "but... there is no recorder part in the sixth...". He then came clean and told me Mimi Bravar wanted to perform the 6th Brandenburg, one on a part, on one of her doctoral recitals. She had asked him to play viola da gamba, knowing he was a fine player, and asked him to volunteer my services to play the other gamba part. She knew full well I would have demurred on the grounds of inexperience if she had asked me herself, as I considered myself only a self-taught consort-level gamba player, but she also knew that I couldn't say no to my boss. I then belatedly realized I had been conned by two of the best. Long story short, I woodshedded the part and we pulled off a fine performance with the one alloted rehearsal. Mimi and Murray got to have the last laugh at my expense. They had more confidence in my gamba playing than I did.

A number of years later, I got my revenge. When I resigned my teaching position at the University of Massachusetts at Lowell to devote myself full-time to the rapidly growing business enterprise that Antique Sound Workshop had become, I "bequeathed" my position at Lowell teaching music theory and ear training to Mimi, who had been looking for a full-time college teaching job. I told her at the time that it was a dead-end job and I wasn't doing her any great favor, but she took it anyway, as it turned out only for a few years. She shortly thereafter left to become chairperson of the music department at Phillips Exeter Academy, a fine private school in New Hampshire where she taught for many decades and mentored many aspiring young music students. After retiring from her long and distinguished tenure at Exeter, she decided retirement didn't suit her very well, and continued to teach viola and chamber music at the University of New Hampshire until she was eighty years young. She never grew old.